Appsolutely Aims to Be the Next Big Thing

This article was originally published in the Philippine Daily Inquirer on June 4, 2017, and posted on Inquirer.net (link) 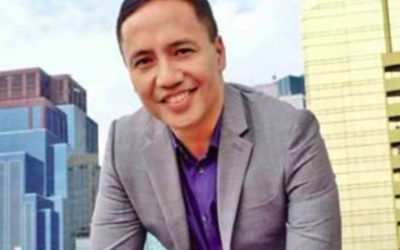 If you own a smartphone, chances are, you may already be holding the next big success story of Philippine business right in the palm of your hand.

And behind that story is Patrick Paul Palacios, founder, president and CEO of Appsolutely, Inc.

“We are a digital mobile rewards, commerce and ‘omnichannel’ experience provider,” says Palacios.

Founded in 2013, Appsolutely’s patented, proprietary technology is used to build “white label” mobile applications, or “apps,” for a host of fast-growing national and international retail and food and beverage brands.

“With our existing white-label customers and others whose apps are shortly to launch, we think we’re reaching at least two million consumers already. We intend to expand that, exponentially,” says Palacios.

“Patrick and Appsolutely have everything in their hands to become one of this country’s most exciting business success stories. They know their market intimately and Patrick’s depth of experience puts him leagues ahead of others,” says Lance Gokongwei, president and chief operating officer of JG Summit Holdings Inc.

“Patrick was a young, capable, supplier of telecom infrastructure, initially,” says Gokongwei. “He was credible, knew his technology and the market.”

The Philippines’ potential for digital commerce is enormous.

According to information portal Statistica, the value of Philippine online commerce transactions is expected to reach at least $1.2 billion in 2017 alone.

However, that barely scratches the surface in a country where the traditional brick and mortar retail trade is estimated to be nearly a quarter of the Philippines $348-billion economy. Less than 1 percent of total retail sales are digital. Moreover, market research firm eMarketer says the Philippines has the lowest e-commerce share of any of the large Asean economies.

But to Jojo Flores, founder of Plug and Play Tech Center, a pioneering venture capital and private equity firm based in Sunnyvale, CA, this is an opportunity that Palacios’ Appsolutely can take advantage of.

“Similar to what’s happening globally, mobile apps will become more mainstream for all mobile devices in the Philippines. It’s what will make smartphones a more integral part of Filipino lives. E-commerce is an essential part of mobile use and that is exactly the space where Appsolutely plays,” he says.

“On Appsolutely, at first I thought that it was yet another loyalty platform, a vertical which was overcrowded [as in the United States] and was filled with failed attempts at either digitizing an existing program, or to capture multiple brands into an aggregated, universal loyalty program which many brands were not very warm to. But I’ve seen how Appsolutely is always looking at available cutting edge technologies to add unique value to their product offering. That is value which differentiates them from other players trying to make it in the space,” says Fajardo.

Palacios never intended Appsolutely to be merely a localized version or facsimile of more high-flying start-ups in the United States or Europe.

“Before I even founded Appsolutely, I was in the US to visit family. I walked into a Starbucks and saw a promo for the Starbucks USA mobile app. I downloaded it as there were incentives for doing so. I was immediately enthralled: Real-time promos, mobile ordering, personalized customer service. A light bulb went off in my head and I thought that surely, the time was right in the Philippines to do something similar. But just building a copy of a successful app isn’t what I wanted to do,” he shares.

Palacios wanted to solve a problem unique to Philippine businesses.

He explained, “I wanted to solve a clear problem: How Filipino businesses and businesses in countries with similar economies to ours could increase sales by building deeper, richer relationships with their customers, far beyond a mere loyalty points card, and especially for the Philippine mobile ecosystem.”

Appsolutely’s’ homegrown Filipino developers have created a business solution that addresses a unique challenge: Reaching both postpaid and prepaid customers.

“Almost every Filipino now owns a smartphone of some make. But data is expensive for the vast majority of mobile users, who are prepaid subscribers. The beauty of the Starbucks USA app I downloaded in the States was that it relied upon real-time interactivity. But only postpaid mobile subscribers here can afford that,” says Palacios.

“So what we’ve done, is build mobile apps for businesses that work when a customer is online or not. And when they aren’t online, they don’t lose that relationship with the business. And the business doesn’t lose them either,” he says.

Palacios knew that when he was able to solve that problem, he had hit a sweet spot.

“I was building my business the old fashioned way, with physical loyalty cards. It was an organic way of growth, but honestly, a cumbersome one. After two years, we only had a database of 30,000 discrete customers,” Ong says.

“But when Appsolutely built our Gong Cha mobile app, and we launched and promoted it, our growth accelerated. For example, our customer database jumped more than 150 percent—to over 70,000 in less than one year!,” he says.

A successful businessman who often made decisions based on his gut feel, Ong discovered Appsolutely empowered him with tools he didn’t have prior.

“What Appsolutely has done is provide me with the hard data to back up my hunches. That’s powerful stuff. I’m a better businessman and Gong Cha has a much more responsive and proactive relationship with its customers because of it,” he says.

Maria Cursila Mamaclay, vice president of Marketing for homegrown coffee chain Bo’s Coffee, discovered Appsolutely in the midst of deployment. She did her own internal review, coming away pleasantly surprised.

“When I joined Bo’s, Appsolutely was already the app partner. My style of leadership is really to know and observe and see their capabilities. I went through the motion of asking my colleagues and the technical team if they are happy with the current support of Appsolutely and good thing was I got good feedback. Currently, the app Appsolutely built for us has at least a percentage contribution to overall sales but this is because we have not fully launched the app. We are currently working on it before we launch it fully,” he says.

“Patrick looks at his clients as partners. The good thing about Appsolutely is that they work with their partners in finding solutions and ways to deliver the business requirements,” she says.

Palacios’ entrepreneurial drive is fueled by powerful memories of an earlier entrepreneur, his father.

“My dad was probably the biggest distributor of Avaya technology in the Philippines, which was the biggest contact center technology infrastructure. It used to be known as AT&T,” says Palacios.

“But he was always afraid of risk. For what was to have been his transformative account, landing the Citibank Philippines business, he needed to raise P2 million for the purchase order. He could have mortgaged our house, or took a loan. But he didn’t. Instead, he took on investor after investor to raise the money. Eventually, by the time he died of lung cancer in 1998, he only owned maybe 25 percent of the company he founded.”

Palacios recoils at the memories.

“So, I always wanted to be my own boss. I remember the early years of my dad’s company,” he says.

But when he graduated from De La Salle University in 1990 with a degree in Industrial Engineering, Palacios’ father strongly dissuaded him from working in the family business.

“I worked for companies like Eastern Telecoms, Lucent, Nortel, all telecom related because that’s where the technology action was in the 1990s. Then, I was lucky enough to meet John Gokongwei and spent three amazing years at Digitel, as vice president for corporate solutions, working for Mr. Lance,” he says.

While at Digitel, Palacios helped lead a pioneering shift to drive down internet service prices.

“At that time, internet was so expensive, even more so than now. A 2 mbps connection circuit in 2000 was $20,000 a month! It was crazy,” he shares, “Our partner then, Asia Crossing, agreed with us that high internet prices would not grow the market. So we undercut out competitors and drove prices down by nearly 70 percent at the time. I think that one event was what accelerated Digitel into a high growth mode, years onward.”

“Patrick was always professional, that goes without saying. But where he really bought value was in seeing that there was a market opportunity to expand our reach through more competitive pricing. In doing so, he accelerated the expansion of our business and played a key role in bringing down the price of internet services at the time. That ability to dive deeply into complex business issues, coupled with an understanding of the consumer, and craft solutions that help businesses serve their customers better, is Patrick’s true talent,” he says.

Palacios’ focus on building a customer base across key industries that thrive despite the Philippines’ vicissitudes, such as retail, food and real estate, has reinforced Appsolutely’s status as an industry leader.

But could Appsolutely really be the next big Philippine business story?

“A keen eye on technology is one thing, but I believe that the real reason why Appsolutely has become what it is today is because of Patrick’s hustle. He obviously has the talent for developing strategic partnerships and closing a sale. Many tech startups will fail with a very cool product because they do not possess the ability to sell and execute,” Fajardo says.

“A few weeks ago, I met with a top boutique investment bank. Obviously, they like what we’ve done, and they’re especially excited about some of the major customers whose apps are about to publicly launch. They suggested establishing a presence in New York and London and really drew a strategic line forward. Its exciting, the valuations especially,” he says.

Palacios also plans to begin building in “blockchain” technologies into future service offerings. Blockchain is the underlying technology behind Bitcoin, the virtual currency which has realized significant valuations in recent years.

“Our goal is for consumers to have only one monetized currency, for loyalty and e-commerce. We think we can be leaders in that regard,” he adds.

For Gong Cha’s Andrew Ong, Appsolutely’s early customer, the company is a leader already, and he is bullish about its future. “Here’s evidence of how I look at Appsolutely’s future: I believed so much in Patrick and his company that last year, when I heard he was open to new investors, I stepped up and became one immediately,” he says.

Will there be an Appsolutely IPO in the near future? Palacios demurs.

“What really drives me every day is that I get to go into the office, work with some of the best developers and coders in the world, and create solutions to big business and consumer problems,” he says.

“But beyond that, what we’ve achieved so far, and hope to, is a thought that never leaves my mind: That I hope I’ve made my dad proud. He gave me so much, you know. At the end of the day, I get my faith and ability from him,” he says.

Looking past me through an open office door into a crowded room where Appsolutely’s young, bright, all-Filipino developer team has just come off a 36-hour coding session in order to finish a client deadline, Palacios offers a quiet, confident reflection.

“It really comes down to that: Faith in yourself and in a higher power. If you have those, you are certain to succeed,” he says.